Fix Windows Modules Installer Worker Windows 10 – You might remember your childhood days when you owned a small box like monitor and now you can see the HD screen with hi-tech software applications. This software uses particular languages which make them able to run on our devices. If such languages and protocols don’t support the installed software then you might encounter several errors. As the working of this software is way more different from those we used a decade before, the technology has become more complex.

From these errors, one is quite familiar and that is the Windows Modules Installer Worker High CPU Usage error. This frequently checks your system for updates and installs the necessary one. But sometimes it creates problem while using the disk space and results in hogging of CPU, especially in Windows 10. You need not worry, we will provide the solution for same and tell you about high usage of CPU or Disk.

This error generally slows down the system and the applications stop responding. You might have experienced this and the single solution for this is to forcefully shut it down which is a temporary fix. Before fixing the problem permanently, let’s understand the cause of the problem:

This is a software error occurs on Windows operating system and a tool for windows which brings the windows updates and install them on your computers. It also uses the websites and other files also. It loses its functionality sometimes and seen as .exe windows module application on the screen of your computer.

What are the reasons for Windows Modules Installer Worker error?

It generally loses its functionality while bringing update data and this result into the high usage of CPU. Sometimes as much as 90%. And in such situation, the apps stop working. Hence user has to shut down and restart the system to access the computer.

As I have mentioned earlier, the Windows 10 is the biggest victims of the windows modules installer worker high disk usage windows 10 error. The reason behind this is the heaviest updates in this version of Windows and this can create trouble for you.

There are two methods to fix this problem. We will discuss both of them one by one.

We have found out the reason that it is due to high CPU glitch where the Modular system hangs in process of bringing the data for updates.

Step 1: Open the Run tab on your system. For this, you can press the window key and type “Run” on the search tab.

Step 2: You have to type “Service.msc” and now click on “OK”. After this, a Windows Service Setting menu will appear on your system screen. 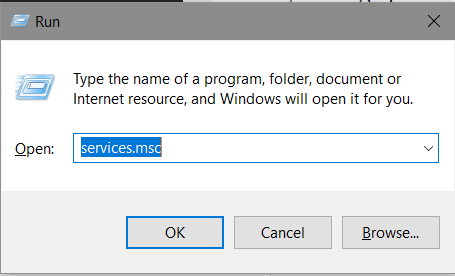 Step 3: Now you have the Service Settings menu opened in front of you, find and click on “Windows Modules Installer”. Step 4: You can now open the Properties menu and try to set the Startup MANUAL and apply the necessary changes.

Step 5: Now go back to your service setting menu and find out the “windows updates” Now you can repeat the action as you did in case of windows modules installer. Step 6: Now go to windows updates properties, check the column describe as “check for updates but let me choose whether to download and install them”.

Step 7: Now you have to restart your computer. Most probably the error should now no longer be seen automatically on your screen.

Method 2: You can use Windows Update Troubleshooter

You will find a pre-installed application called “Windows Update Troubleshooter” in your windows system. This application is used to search the internet to fix all update errors and tries to fix them at its own end. One could also use to fix the Windows Modules Installer Worker high disk glitch. You can use it as shown here:

Step 2: Search for “Windows Update Troubleshooter” and download this application. Try to use the Microsoft’s official website for the purpose.

Step 3:  You can now launch the Windows Update Diagnostic diagcab tool on your computer after installing the app.

Step 4: You can choose Run, the tool will start the process of checking for Windows Update faults and make some necessary changes to your system’s settings to fix the errors over there.

Step 5: If this tool finds errors and is capable of fixing them, it will show “Troubleshooting has completed”. Now, Restart your computer once the errors have been fixed.

One thing you have to note is that users with the preinstalled version of Windows Update Troubleshooter can skip the first two steps.

tiworker.exe windows modules are one of a useful tool for Windows operating system as it checks for all kinds of Windows Updates and tries to automatically install the available ones for your computers. But, it is not so stable and has high CPU usage, it creates the Windows Modules Installer Worker error which will indeed slow down the speed of the computer and other applications are also being prevented for running. But, these two methods will definitely work for you and you can easily fix these errors.

Is this article Useful? Rate It!!
Sharing is Caring!

Oops! There are no Comments

Have something to say about this article? Add your comment and start the discussion.

© 2021 Tech Weed | All Rights Reserved | Handcrafted With by

Any cookies that may not be particularly necessary for the website to function and is used specifically to collect user personal data via analytics, ads, other embedded contents are termed as non-necessary cookies. It is mandatory to procure user consent prior to running these cookies on your website.

Thanks for subscribing! Please check your email for further instructions.